Sometime in late 2019, a small team of creative minds within Zen Studios pitched an idea to the rest of us: “Let’s make an RPG set in a steampunk version of London where all your playable heroes are circus performers.” Pretty much everyone who read the pitch—myself included—reacted in a manner that I hope you share upon hearing such a premise: “What a crazy idea… I love it!” Just a few weeks away from the September 6 release of  Circus Electrique, allow me to reflect on how it all came to be—and other ways the game differentiates itself from other RPGs, as well…

Making a game we ourselves want to play

The idea for a project first referred to as “Circus Scandal” came about when team members fresh off other Zen Studios RPGs like the first-person dungeon-crawler Operencia: The Stolen Sun, tactical roguelite Dread Nautical, and 4X genre mishmash CastleStorm II all expressed our desire to bring another RPG to life. At Zen, it’s important that we make the kinds of games we ourselves want to play…and it just so happened that in recent years, a certain relatively new subgenre of RPGs had particularly enthralled many of us, best exemplified by Darkest Dungeon. And amidst that darkness, a lightbulb went off: “We enjoy this kind of a game. Let’s make our own.” 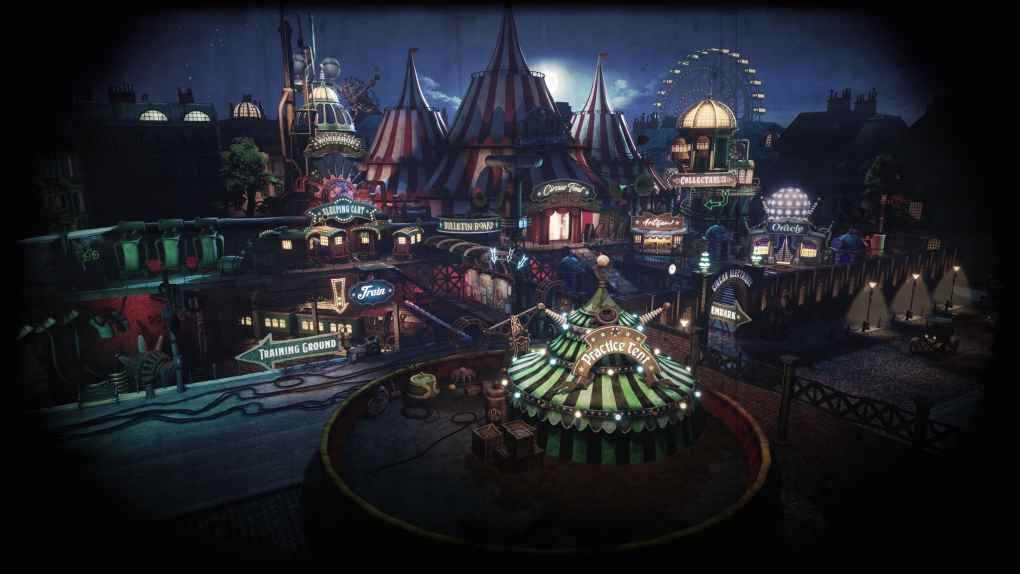 But what exactly was the best way to make a game like Darkest Dungeon “our own”? We realized early on, the first step was to present a unique aesthetic. High fantasy is cool and all, but what if we took things someplace else? What if we didn’t even have any knights or mages or orcs or elves or dragons? (Not even a single dungeon, poorly lit or otherwise!) What if we…went steampunk?

That was designer Andras “Babar” Klujber’s idea, to which pretty much all of us said, “Steampunk is great! We love steampunk! Why aren’t there more steampunk games? Let’s change that.” Before we knew it, we found ourselves researching the era…which led to finding awesome circus posters like these…

So that got us thinking…circus performers have their own unique special abilities, don’t they? What if they used them to fight? What if it were up to these circus folk to save a late-Victorian steampunk London from common citizens gone mad? What if the electrical innovations of the day from the likes of Tesla, Edison and Westinghouse were really amped up (pun absolutely intended)? Not a whole lot of games with a premise like that out there.

Now we had our basic idea—a steampunk RPG where you fight as circus performers against everyday people gone “barmy.” But how do we make that make sense? That’s where another one of our key differentiators came in: a greater emphasis on story. Something more narrative driven—maybe even more influenced by JRPGs.

To summarize things simply, the world of Circus Electrique was identical to our own until 1873, when a great innovation revolutionized electricity, sending the timeline in a more steampunk direction. Our story takes place 26 years later, after a terrible event known as the Maddening has caused everyday people to attack innocents, seemingly beyond their own will. Mysteriously immune to the Maddening, performers in the Circus Electrique join our protagonist Amelia on a quest to find out how this all happened, and how to stop it.

Circus Electrique’s uniqueness doesn’t stop at aesthetics and story. For one thing, we know that a lot of players find this particular RPG subgenre to be overly punishing. Though not without challenge, Circus Electrique aims to be a game you’ll not only want to complete…but actually will! We’re easier…but not too easy.

It’s also worth another mention that these aren’t your typical RPG heroes. Character classes like Strongmen, Knife Throwers, Human Cannonballs and even Robot Bears—15 all together—are a welcome change of pace from more fantasy-focused archetypes. 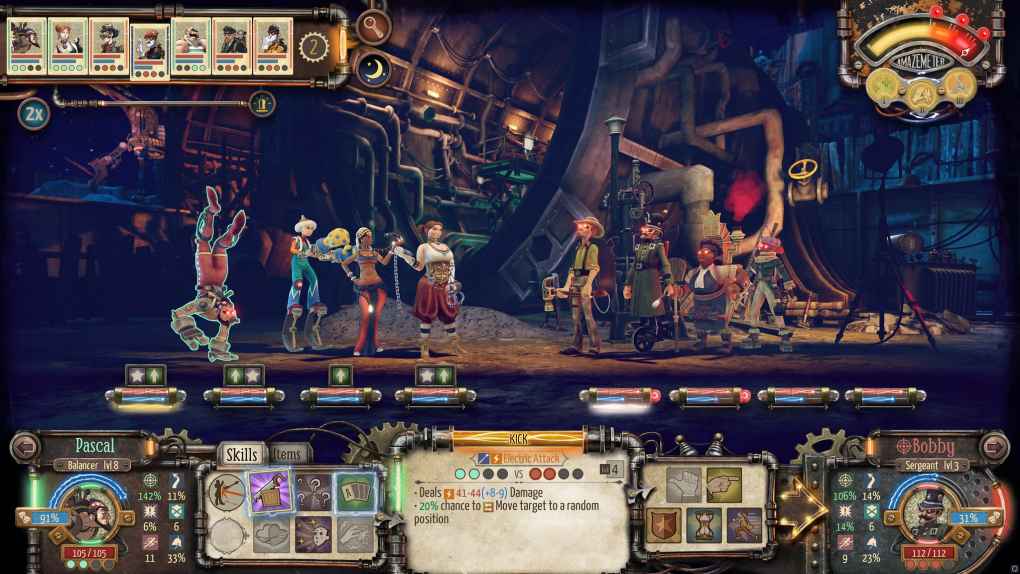 And finally, because everyone knows the show must go on, there comes Circus Electrique’s “tycoon-like” aspect—planning a circus. This takes the form of an intricate, almost-puzzle-gaming experience where placing the best roster of characters based on their likes and dislikes directly relates to the show’s success. It’s the kind of thing that can take you a minute or an hour, depending on how much you want to think about it. 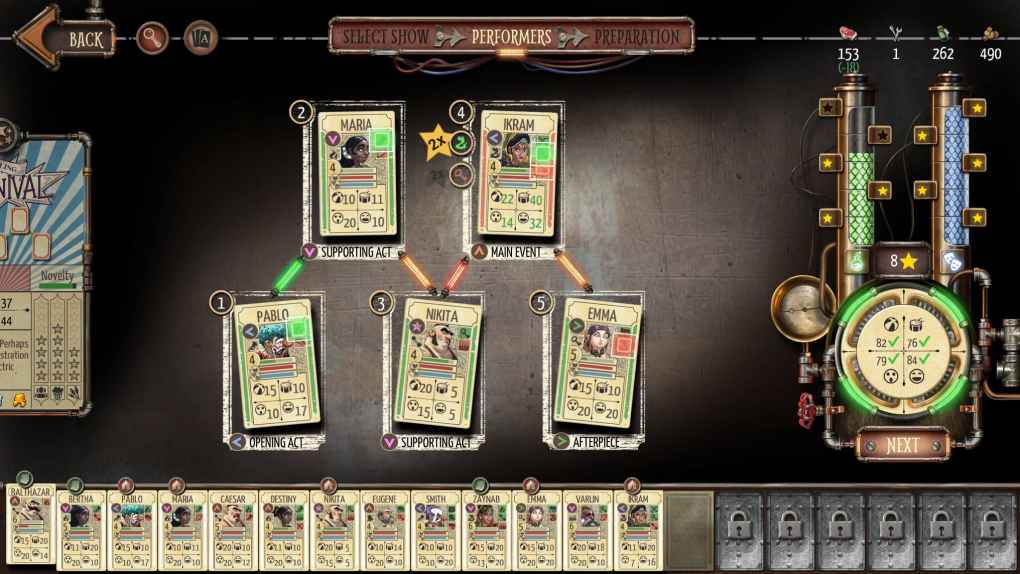 On behalf of the team, we couldn’t be more excited to present our unique vision to you very soon. Please let us know what you think once Circus Electrique hits your PlayStation of choice on September 6.