Who is Vomi in Dragon Ball Super, Why Does She Look Like Android 21? 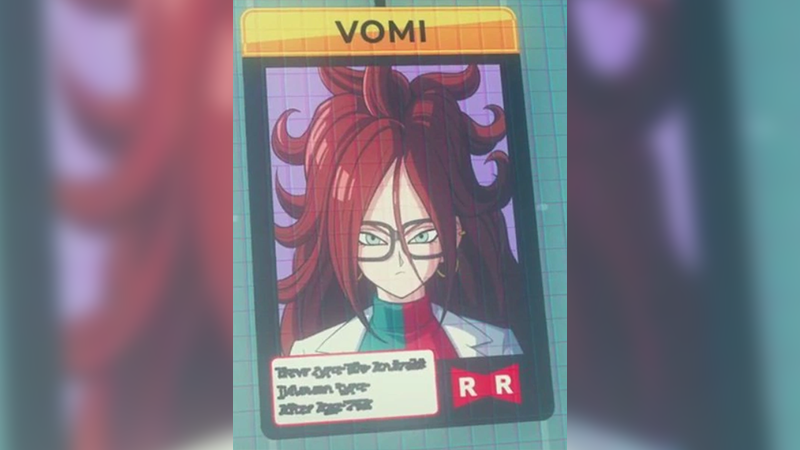 Vomi is a Red Ribbon scientist and the wife of Dr. Gero. As such, she’s Dr. Hedo’s grandmother and the mother of Gevo — the person that Android 16 would be based on, as well as a second child that would become Hedo’s parent. She was highly intelligent, and held the position of researcher at Red Ribbon.

Vomi can be met in Dragon Ball Z: Kakarot, where she works for Capsule Corp. under Dr. Brief. Given Vomi isn’t alive in the main series’ timeline at this point, her appearance is a bit confusing, but interesting nonetheless.

The reason Vomi looks like Android 21 is pretty simple: Android 21 was based on Vomi. While information about Android 21’s background is a bit all over the place, the most commonly used backstory seems to be that Dr. Gero made her based on the template of his late wife.

Though 21 herself says at one point that she was once human and was turned into an android, she’s given conflicting information about whether she’s an android or the real deal. Since we’re told Vomi is long dead, though, it’s safe to assume Android 21 is her own person. 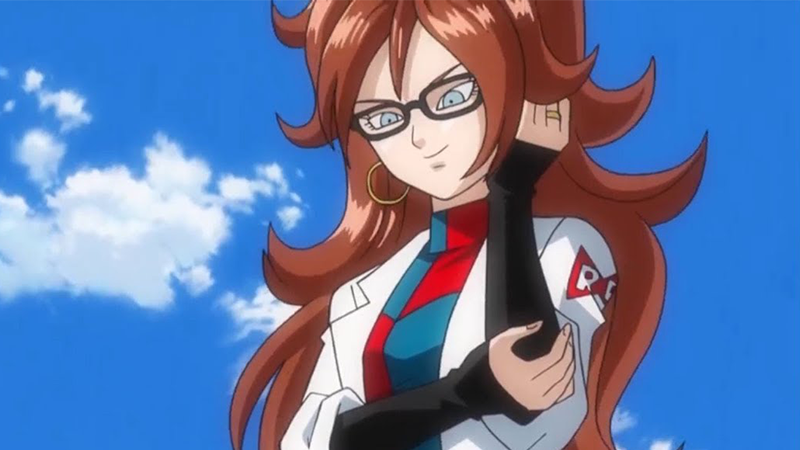 Given Vomi supposedly died long before Dr. Gero did, the chances of Vomi herself appearing in the rumored continuation of the Dragon Ball Super anime or future films. Sure, she could always be wished back with the Dragon Balls, but none of the main characters have much of a reason to specifically bring her back.

Android 21 could theoretically appear and is the more likely version of Vomi to return. Though Android 21 has primarily shown up in games (Dragon Ball FighterZ, Super Dragon Ball Heroes: World Mission, and Dragon Ball Xenoverse 2), an anime debut isn’t out of the question — especially given her popularity. With Vomi being canon, there’s no reason to believe Android 21 isn’t until proven otherwise, so one or both of these characters returning isn’t completely out of the question.

The post Who is Vomi in Dragon Ball Super, Why Does She Look Like Android 21? appeared first on ComingSoon.net.